Meyer was born April 21, 1861 in Lauenburg, Germany. He came to the United States in 1883 and located in Richmond, Missouri, where he was employed for five years by Louis Megede, Jeweler and optician.

After moving to Lawson he began his own jewelry business which became one of the oldest businesses in Lawson. 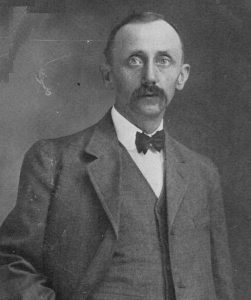